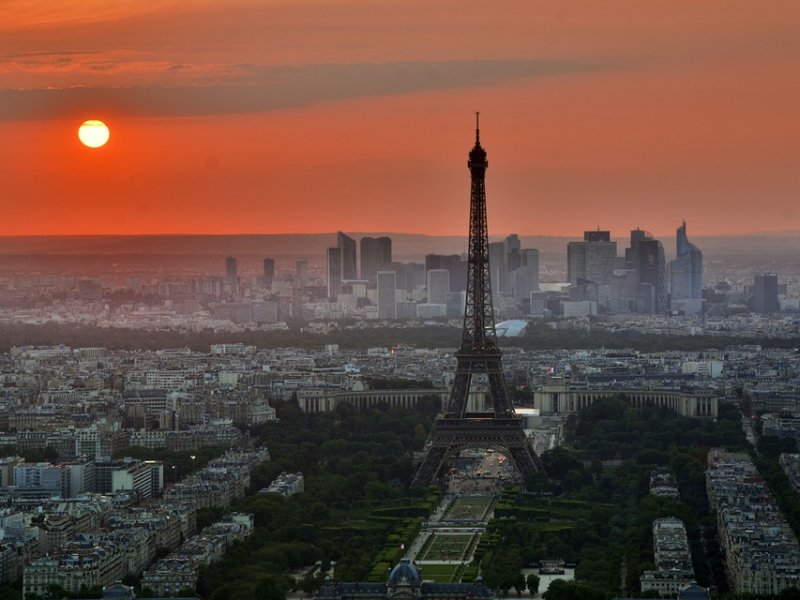 The city of Paris is divided into 20 arrondissements or districts. The first one is in the center, the following ones spiral outwards in a clock-wise direction. Most of the famous tourist attractions can be found in one of the central 8 arrondissements. Many of them are different, some are similar but each one has its own soul adn charcater. Check out this list of all the 20 arrondissements of Paris and their brief description! For an amazing stay in Paris we offer you the most elegant Luxury Apartments that we have distributed throughout the city so you can enjoy comfort, design and security that BE APARTMENT provides you.

Arrondissement 1 - Louvre is the least populated of 20 arrondissements of Paris in the geographical center of the city, with lots of historic sights. The Louvre Museum, Royal Palace, Tuileries gardens, Forum des Halles, Bourse du Commerce and the upscale Vendôme Square are all located here. The 1st arrondissement also comprises the western tip of the Île de la Cité, including the magnificent Sainte-Chapelle and the Conciergerie.

Arrondissement 2 - Bourse is primarily a business and luxury district and home to a number of historic shopping arcades., with the Palais de la Bourse - the former stock exchange - as its most notable landmark. Another important building in the smallest of Paris's arrondissements is the historic National Library.

Arrondissement 3 - Temple is another small arrondissement, it contains the northern part of the historic neighborhood le Marais. The Conservatoire National des Arts et Métiers (with the Museum of Arts and Crafts, a technology museum), the Picasso Museum and the Carnavalet Museum - devoted to the history of Paris -  are located here.

Arrondissement 4 - Hôtel-de-Ville contains the southern part of the medieval neighborhood le Marais as well as the Île St-Louis and the eastern part of Île de la Cité, the oldest part of Paris. This area is very popular thanks to the Notre-Dame Cathedral, the Place des Vosges, the city hall and the Gothic Tour St-Jacques. Contrasting with all the historic buildings is the modern Centre Pompidou. You can find lots of luxury apartments here.

Arrondissement 5 - Panthéon is home to the Latin Quarter, with the renowned Sorbonne university. The area's popular avenue, the Boulevard St-Michel, marks the border with the 6th arrondissement. The most famous place here is the Panthéon, there are many other noteworthy sights such as the magnificent Val-de-Grâce church, the intriguing St-Etienne-du-Mont church and Jardin des Plantes, the city's botanical garden which is home to the Natural History Museum.

Arrondissement 6 - Luxembourg. One of the world's greatest parks, the Jardin du Luxembourg, makes this arrondissement popular with locals and visitors alike. The 6th arrondissement also contains a number of landmarks like the Odéon Theatre and the Saint Sulpice church, which sports 2  towers with a different design. Another important church here the 11th century Saint-Germain des Prés, the oldest abbey church in Paris!

Arrondissement 7 - Palais-Bourbon is dominated byovernment institutions and major landmarks. The most famous of these landmarks is the Eiffel Tower. Other important tourist attractions are the Invalides - with its museums and Napoleon's tomb - and 3 more museums: the Musée d'Orsay, the Musée Rodin and the Musée du Quai Branly, which is dedicated to non-European cultures. The Palais Bourbon (National Assembly), École Militaire (Military School) and the UNESCO headquarters can also be found here.

Arrondissement 8 - Élysée is loaded with tourist attractions. The Champs-Élysées - probably the world's most famous luxury boulevard - cuts through this arrondissement from the Place de la Concorde to the Arc de Triomphe. Bordering the Champs-Élysées are the magnificent Grand Palais and Petit Palais, as well as the Élysée, the presidential Palace. The arrondissement also features the temple-like Madeleine church and the romantic Monceau Park.

Arrondissement 9 - Opéra is a multifaceted, with luxury boulevards in the south and not so prestigious Pigalle area - a red light district - in the north. Pigalle does attract its share of tourists though thanks to the nearby Moulin Rouge (18th arr). Just as famous, but located in the south part of the 9th arrondissement, is the former Opéra Garnier, a magnificent opera house. Nearby is the Galeries Lafayette, a well-known luxury department store. The majestic Sainte-Trinité church is also located in this arrondissement.

Arrondissement 10 - Enclos-St-Laurent is home to 2 of Paris' main railway stations - the Gare de l'Est and Gare du Nord - can be found here. This is a down to earth arrondissement with the Canal Saint-Martin and the neoclassical Saint-Vincent-de-Paul church as some its most interesting sights.

Arrondissement 11 - Popincourt is a low profile arrondissement, mostly residential. The Oberkampf district in the north is better known for its nightlife than its landmarks, but it does contain the Cirque d'Hiver (winter circus) and the St. Ambroise church.

Arrondissement 12 - Reuilly. The large Bastille Opera can be found in this mostly residential area, as well as the Bercy Stadium and the nearby modern Bercy Park. The arrondissement is bordered by the expansive Vincennes park on the east.

Arrondissement 13 - Gobelins is a largely residential arrondissement with the modern National Library as its most significant landmark. Another interesting complex is the Hôpital de la Pitié-Salpêtrière, an expansive hospital complex with an imposing chapel. The 13th arrondissement includes the city's largest Chinatown.

Arrondissement 14 - Observatoire is a lively arrondissement, especially around the Montparnasse Boulevard, where the Tour Maine Montparnasse (located in the adjacent 15th arrondissement) dominates the skyline. Not far from this skyscraper is the Montparnasse Cemetery, where many famous French citizens are buried. A popular tourist attraction here are the catacombs, which can be accessed from the Denfert-Rochereau square.

Arrondissement 15 - Vaugirard is the largest of the 20 arrondissements, both in size and population. The tallest skyscraper in the center of Paris - Tour Maine Montparnasse - is located here. The Parc André Citroën in the west is one of Paris's most interesting modern parks.

Arrondissement 17 - Batignolles-Monceau is a diverse arrondissement, bordering the grand boulevards in the south and the lowly Pigalle neighborhood in the north. The Palais des Congrès, a large convention center, is located at the western tip of the arrondissement.

Arrondissement 18 - Butte-Montmartre. Montmartre, the once bohemian and still village-like district is often inundated with tourists. The Sacré-Coeur basilica and the Place du Tertre are the biggest tourist draws. Another famous sight here is the Moulin Rouge, located near the border of the 9th arrondissement.

Arrondissement 20 - Ménilmontant is mostly residential, cosmopolitan arrondissement has no real attractions but it still gets its fair share of visitors thanks to the Cimetière du Père-Lachaise, the most famous cemetery in Paris.

If you´ve decided to spend few days in the city you can always stay in our Luxury Apartments by BE APARTMENT in the centre of Paris, the best in the city of love and glamour.