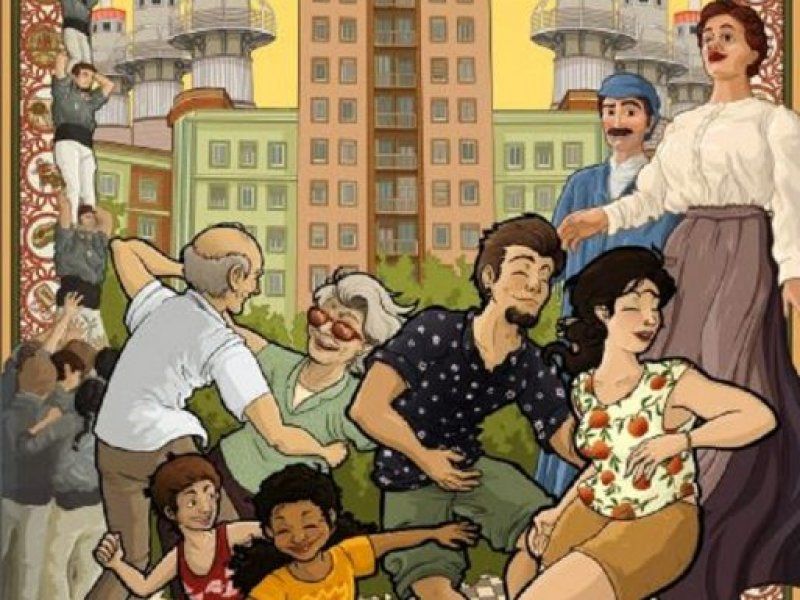 After the Festivities of Gràcia, Barcelona will welcome the 2nd largest Festivities of the city, called Festes de Sants. This year the celebrations takes place between 19 and 27 August. If you are planning to come to Barcelona, get the most unique experience with BE Apartment in the best luxury apartments in Barcelona and other cities, for your security, pleasure and comfort.

Sants was an old municipality of Barcelona that in the 19th century undertook an important transformation: it became a workers' nucleus because of the installation of textile factories. During that time it became united with Barcelona. One of the main characteristics of Festes de Sants the decorations of the squares and streets, al made by the neighbours themselves. You will submerdge in the popular culture with giants, castellers, diables. As in every Festa Major, there are sardana dances, stret food, concerts of habaneras, children's workshops, fairs and etc. The festival is celebrated in honor of St. Bartolomé, the Saint Patron of the Sants neighborhood. The first Festes de Sants were held in the middle of 19th century.

Festes de Sants begin on the eve of the Festivities of San Bartolomé, with a parade (pasacalle) where the cultural organizations of Sants take a walk through the neighborhood till the park of Espanya Industrial. Once there, the giants have a dance that precedes the reading of the opening speech. During the days of celebration, you will also see other auditions and sardana dances.

Festes de Sants are known for the adornment of squares and streets, an activity that has been done for more than 100 years. Associations of neighbors and commissions prepare the decorations throughout the year, with themes and materials that never stop to amaze. To preserve this tradition, there are prizes awarded each year for  the best-decorated streets, distributed by category, in a ceremony celebrated the day after the Festivities, in the park of Espanya Industrial.

With 4 "colles" of fire, Sants cannot miss a great pyrotechnic show, which usually takes place in the end of the Festivities. In the afternoon the youngest demons (diables) come to the streets, carrying out a correfoc for kids through the main streets of the old neighborhood. At night, the adults dressed like demons, together with the fire bestiary of the neighborhood, celebrate a great correfoc that says goodbye to the Festivities till the next year.

Do not miss this opportunity to enjoy Barcelona and get to know the city better with BE Apartment. If you´re visitng the city, take a look at our luxury apartments that we have throughout the city.