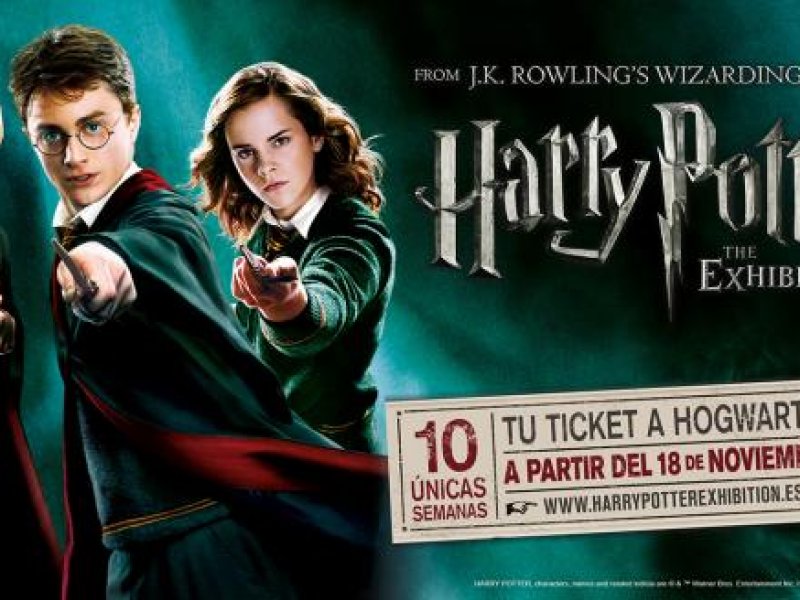 Madrid is the only city in Spain to host the exhibition based on the world of Harry Potter! The Exhibition consists of hundreds of objects used in the films, as well as various sets inspired by them, which will enable visitors to step inside the magical universe of Hogwarts. To whet your appetite, until 10 December, you can take a photo in four squares in Madrid with four iconic objects from the Potter saga: the Nimbus 2000, the Sorting Hat, Dobby the free elf or the Ford Anglia flying car.​ For perfect holidays, rent apartments around the world with Homes in Blue, here you can find the best apartments in Madrid and other famous cities, for your security, pleasure and comfort.

Pavilion 1 at Ifema is the venue for the Harry Potter´s exhibition which has travelled to various cities worldwide (Chicago, Boston, Toronto, Seattle, New York, Sydney, Singapore, Tokyo, Paris, Shanghai, Brussels and Holland). The original costumes, props and fantasy creatures from the films occupy an area of over 1,400 square metres, in which visitors can immerse themselves in this magical world and may even be selected to form part of their favourite house at Hogwarts.

The exhibition includes some of the most popular rooms from Harry Potter, such as the Gryffindor common room and dormitory, the Potions and Herbology classrooms or the Forbidden Forest. There will also be several interactive areas, such as the Quidditch pitch, where visitors can toss a Quaffle ball, pull their own Mandrake from a pot or tour a re-creation of Hagrid’s hut and sit in his giant-sized armchair.

The Nimbus 2000, Harry Potter’s first broomstick, 2.6 metres high and 2.4 metres long, invites you to fly with your dreams in Plaza de Callao. A gigantic, 3-metre high Sorting Hat has been installed in Plaza de Colón, on the corner of Serrano. Dobby, the Malfoy family’s house elf, who was freed by Harry Potter, stands 2.6 metres high in the Glorieta de Bilbao, on the corner of Calle Fuencarral and Calle Carranza. Finally, an exact replica of the blue Ford Anglia flying car, modified by Arthur Weasley, has been “parked” in the Plaza de la Independencia, on the corner of Alcalá and Alfonso XII.

Madrid is the first city in the world to give a sneak peak of the Harry Potter´s exhibition that, since it first opened in Chicago in 2009, has attracted over four million visitors. Entry to the exhibition will be every half an hour to ensure a pleasant visit, respecting the time selected and marked on the ticket. Apart from these activities, you can just get a costume and go out for a walk in Madrid, surely you´ll find something interesting! Do not miss this opportunity to enjoy Madrid and get to know the city better with Homes in Blue!