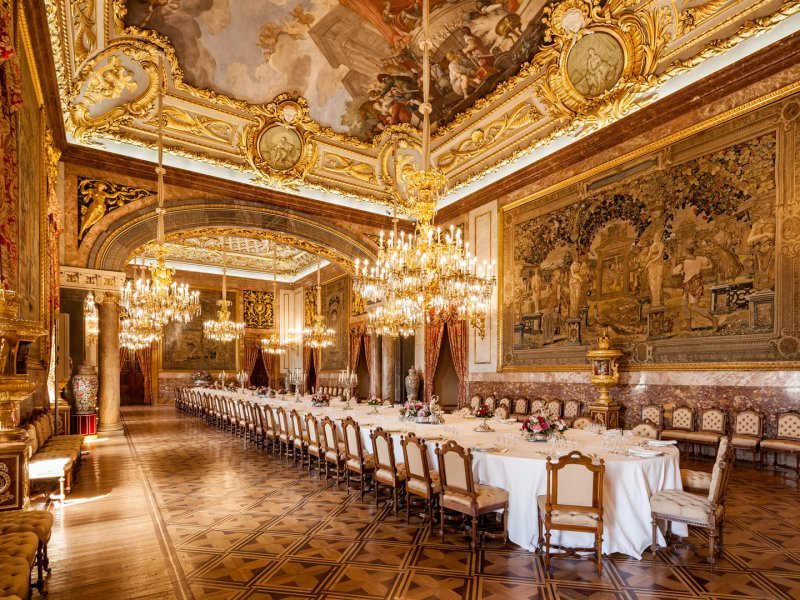 Home to the Kings of Spain from Charles III to Alfonso XIII, Madrid's Royal Palace (Palacio Real de Madrid) will take you on a journey through the history of Spain. Though it is no longer the royal family's home, it continues to be their official residence. For perfect holidays, rent apartments around the world with Homes in Blue, here you can find the best apartments in Madrid and other cities, for your security, pleasure and comfort.

There is a new amazing oportunity that Palacio Real offers to the visitors! The Royal kitchens opened to public visits this Tuesday, October 17, offering the possibility to see the kitchen that has been serving for 3 centuries until the Civil War and, since Juan Carlos I, it happened to serve the banquets of palace. The Royal Kitchen occupies the first basement in the Royal Palace and preserves its historical facilities, renovated between 1861 and 1880. It is divided into different areas: Portería, Cocina del Ramillete o Repostería, Taller de Repostería, the entrance to the old Royal Kitchen, Antecocina o Sala de Preparación, Cocina Grande or Sala de Fogones, Cava y Botillería.

The Royal Palace, inspired by sketches made by Bernini for the construction of the Louvre in Paris, is built in the form of a square and looks out over a large courtyard with galleries and a parade ground. The decoration of the palace's rooms and their layout has gradually changed over the years as the building has been adapted to suit the needs of its residents. It comprises over 3000 rooms, including: the Main Staircase, designed by Sabatini with over 70 steps; the Throne Hall featuring a ceiling painted by Tiepolo; the Hall of Halberdiers, which Charles III turned into the Guards Room; the Gasparini Room, with its grand 18th century decoration on a floral theme; the Royal Chemist's with natural medicine cabinets, ceramic pots made by the La Granja factory, and even prescriptions given to members of the royal family; and the Royal Chapel, which is home to a collection of string instruments made by the legendary Antonio Stradivari.

The Royal Armoury is one of the most significant collections of the Royal Palace, housing weapons and armour worn by the kings of Spain and other members of the royal family since the 13th century. The Painting Gallery is home to a large number of artistic treasures, including Virgin with Child by Luis Morales, Portrait of Isabella the Catholic by Juan de Flandes, Salome with the Head of John the Baptist by Caravaggio and works by such artists as Velázquez, Goya, Federico Madrazo and Sorolla. The Changing of the Guard is held every Wednesday (except in July, August and September, and when there are official events or adverse weather conditions).

Do not miss this opportunity to discover the secrets of the Royal Palace and enjoy Madrid and get to know the city better with Homes in Blue!