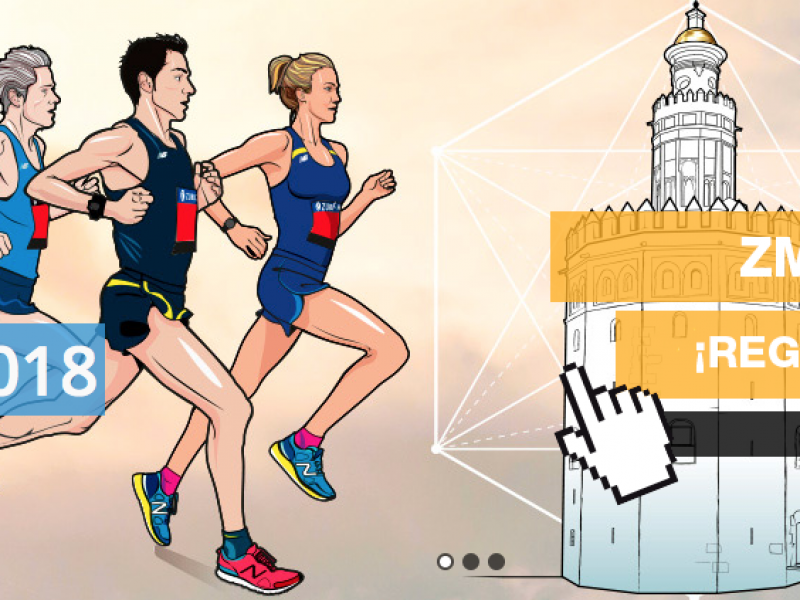 Sevilla runs a marathon this February! In the Zurich Maratón de Sevilla, organized by the Sevilla Councilás Sport Institute and Motorpress Ibérica, will participate 14,500 runners. It has a spectacular circuit, the flattest in Europe, that passes through the most emblematic places in the city, such as Plaza de España, Torre del Oro, La Giralda, Maria Luisa Park or La Maestranza. For an amazing stay in Sevilla we offer you the most elegant Luxury Apartments that we have distributed throughout the city so you can enjoy comfort, design and security that BE APARTMENT provides you.

Las year the Zurich Marathon of Sevilla had 13,800 entries, 13,200 runners were finishers. One of the fastest growing marathons, and one of the 3 with a gold rating of IAAF in Spain. If you´re found of runing, you can still subscirbe on the official web. However, you can simply enjoy this cool event in any of the famous places of Sevilla! Here we have a brief plan of the Zurich Marathon:

1. Torre del Oro. On the banks of the Guadalquivir River we find some of the most emblematic monuments of the city. This tower of Albarrano origin is 36 meters high and possibly owes its name to Arab origins, due to the golden shine that was reflected on the river.

2. Plaza España. Framed in the Ibero-American Exposition of 1929, this architectural ensemble within the María Luisa Park is one of the largest buildings that were built in Sevilla in the 20th century.

3. The Giralda. The bell tower of the Cathedral of Sevilla is 97.5 meters high, exceeding 100 metres if we add the famous Giraldillo, it was for years the tallest tower in Spain. Its lower part corresponds to the old mosque of the city.

Sevilla is perfect for Zurich Marathon due to its flat circuit at sea level and the temperatures in late February and all the touristic conditions for the visitors to have a fun week! If you´ve decided to spend few days in the city you can always stay in our Luxury Apartments by BE APARTMENT in the centre of Sevilla, the best in the city.