From Septmber 20 until 25, Barcelona is once again celebrating its big festival La Mercè, in honor of its patron saint!" /> 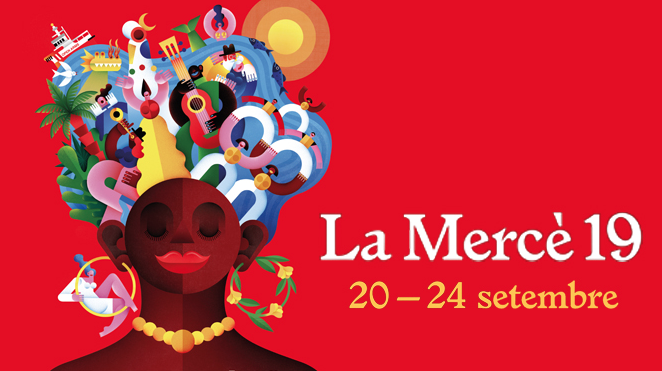 From Septmber 20 until 25, Barcelona is once again celebrating its big end of summer Festival La Mercè, in honor of its patron saint. The city has planned a program full of different activities for all the public, with lots of music, dance, circus and street arts. You will also see lots of Catalan culture such as the giants, dragons, fire beasts, human towers and sardana groups. For a perfect vacation, BCN Apartment Rentals offers you the best luxury apartments in the heart of Barcelona, with the best design, location, security and comfort.

La Mercè is also a festival of street arts with the MAC Festival, Mercè Street Arts. This is a festival which has become a showcase of new creations, and the meeting place for many artists, both from the city and abroad. Passeig de Lluís Companys will be again the festival venue in the heart of the city, together with the Parc de la Ciutadella, the Parc de la Trinitat and the Montjuïc Castle. Beirut is the guest city in La Mercè 2019 and is joining in the festivities, accompanied by performers wishing to fill the city with art and music, and a wide variety of rhythms and styles.

Just like every year, Avinguda de la Catedral, the Moll de la Fusta, Bogatell beach, Avinguda de Maria Cristina and the Plaça Major de Nou Barris are the venues where La Mercè 2019 will be filled with  popular rhythms and big concerts. The musical scene of Beirut as well as many other places in the world, will perform at BAM, with today's most innovative and emerging sounds playing at Plaça dels Àngels, Plaça de Joan Coromines and Rambla del Raval.

Following the tradition, fire will be one of the main elements of La Mercè 2019, such as the Correfocs (fire runs) with a rain of fire among devils, dragons and other fire beasts, making the center streets of Barcelona a sparkly place. La Mercè will end, as always, with the traditional fireworks and music display and an explosion of light and sound, which has become one of the most expected and acclaimed events for the people of Barcelona and its visitors. Do not miss the opportunity to enjoy Barcelona in the summer and get to know the city better staying in our luxury apartments by BCN Apartment Rentals.