Festivities for Sant Josep Oriol in the Gothic neighborhood of Barcelona

BE APARTMENT offers you the best luxury apartments and the most elegant experience in Barcelona and other European cities, come and enjoy it with the best Luxury Apartments in Barcelona! 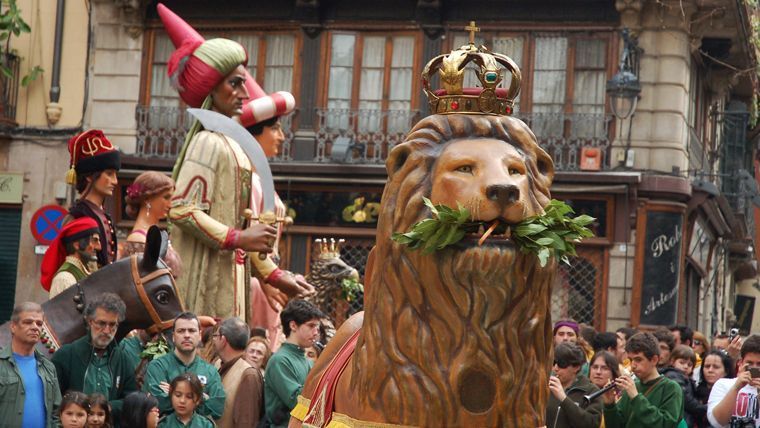 BE APARTMENT offers you unique experience in the best Luxury Apartments in one of the most famous city in the world, in Barcelona.

The Pi neighbourhood´s festa major, also known as the Festa de Sant Josep Oriol, is held between 18 and 26 March this year in the streets and squares in the Gothic neighborhood, surrounding the famous local church, Santa Maria del Pi.

It is a brief but lively festival, packed with popular culture and activities that appeal to all ages. Most involve the Gegants del Pi some of the oldest giants in Catalonia: the first reference to Mustafa and Elisenda dates back to 1601 and, in the case of Oriol and Laia, to 1780.

For three days there are re-enactments of the legend of the saint and the robberies carried out by the Catalan highwayman Perot Rocaguinarda, who lived in the neighbourhood and left his mark there. Other highlights include a couple of musical processions, the evening cercavila (the walk with the gigants) led by the Gegants and Gegantons del Pi and the cercavila dels Oriols. Above all there is the trobada de gegants, capgrossos i bestiari (a gathering and final dance by these giants, big heads and beasts), that brings a whole weekend of celebrations to a close.

Th reason of this festival is paying tribute to Sant Josep Oriol, who was born and lived in Ciutat Vella, in the gothic neighborhood of Barcelona, in the second half of the 17th century. This saint, much worshipped in the neighbourhood, was noted for his devotion to the sick and the poor, as well as for being very austere, to the point where he earned the nickname Doctor Pa i Aigua (Doctor Bread and Water).

The origins of the festivity is as follows: The Festa de Sant Josep Oriol has been held since 1995, when the Associació d´Amics dels Gegants del Pi, together with the neighbourhood´s residents and traders, decided to remember the saint with a series of acts around his feast day.

Do not loose the opportunity to enjoy Barcelona and learn more about its culture and traditions! If you´ve decided to spend few days in the city, you can always stay at our Luxury Apartments in the centre of Barcelona, the best luxury rentals in the city.