Until January 25, Palau de la Música Catalana invites you to enjoy the music of Strauss and ballet in a production inspired by the traditional concert in Vienna!" /> 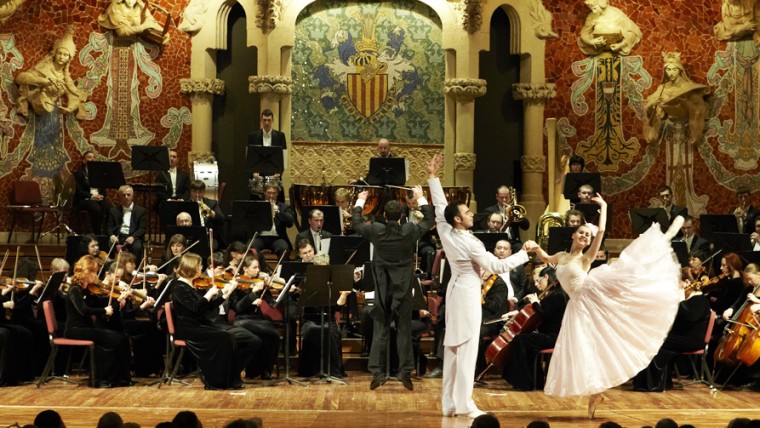 Until January 25, Palau de la Música Catalana invites you to enjoy the Strauss music and ballet in a production inspired by the traditional concert in Vienna! For a perfect accomodation in Barcelona, BCN Apartment Rentals offers you the best luxury apartments in the heart of the city, with the best design, location, security and comfort.
The Strauss Festival Orchestra and the Strauss Festival Ballet Ensemble are back with a concert which has been successful for 30 years and has attracted over 5 million spectators from all around the world, this time in Palau de la Música Catalana. The programme is inspired by the traditional concert held on January 1 in Vienna and features the best-known works by the king of waltz, such as Napoleon, Flower Festival Polka, Emperor Waltz and Champagne. You will also have the chance to clap along to the Radetzky March and the Blue Danube, which usually end the concert. The concert has been performed at Europe’s most iconic venues, including the Musikverein in Vienna, the Concertgebouw in Amsterdam, the Philharmonie of Berlin, the Musikhalle in Hamburg, the Auditorium Parco della Musica in Roma, Barcelona’s Gran Teatre del Liceu, and the Teatro Real and the Auditorio Nacional de Música in Madrid!
Do not miss this opportunity to spend time in Barcelona, enjoy its proposals and get to know the city better with our luxury apartments by BCN Apartment Rentals.