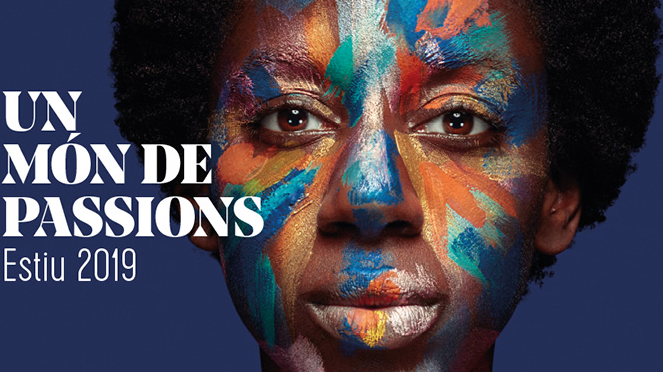 For a perfect vacation, BCN Apartment Rentals offers you the best luxury apartments in the heart of Barcelona, with the best design, location, security and comfort.

The Grec, one of Barcelona's mostly anticipated annual festival of music, dance, circus and theater is here until July 31! Grec is a festival that now forms part of the city's cultural landscape and connects fully with its artistic life. Now in its 43rd edition, the festival consists of a total of 94 performances covering every performing art. This year more than ever the Teatre Grec, which gives its name to the festival, is at the epicenter, though you will be able to see related events at a multitude of venues across Barcelona, some of them not used by the festival until now. Museums, concert halls, theaters and even unique buildings such as La Pedrera or the Palau de la Música host some of the performances of the Grec 2019. Check all the programming and choose your favorite acts.

Without a doubt, the star piece of the Grec 2019 is "Mary Said What She Said", the monologue by Isabelle Huppert at the Teatre Lliure, where she will play the role of the queen of Scotland, directed by Robert Wilson. This proposal adds another of the main attractions of the edition: "A little life", staged by internationally renowned director Ivo van Hove. In addition to the big names consolidated, Casadesús highlighted other Grec 2019 "festival pearls" that "are stepping on the scenes of the middle of the world, but they are not yet well known here." This is the case of the Vancouver Ballet (Canada), which will present several pieces in the Teatre Grec amphitheater, and Taylor Mac with the monologue "A 24-Decade History of Popular Music (Abridged)", where it will tell us the history of the USA with music, songs, feathers and sequins, in this case, in a reduced version of 3 hours.

In total, the Grec 2019 will host 94 shows, nine more than last year, and 436 functions: 120 in the Montjuïc venues and 316 distributed throughout the city. Do not miss the opportunity to enjoy Barcelona and get to know the city better staying in our luxury apartments by BCN Apartment Rentals.