Oktoberfest is coming back to Barcelona this October! 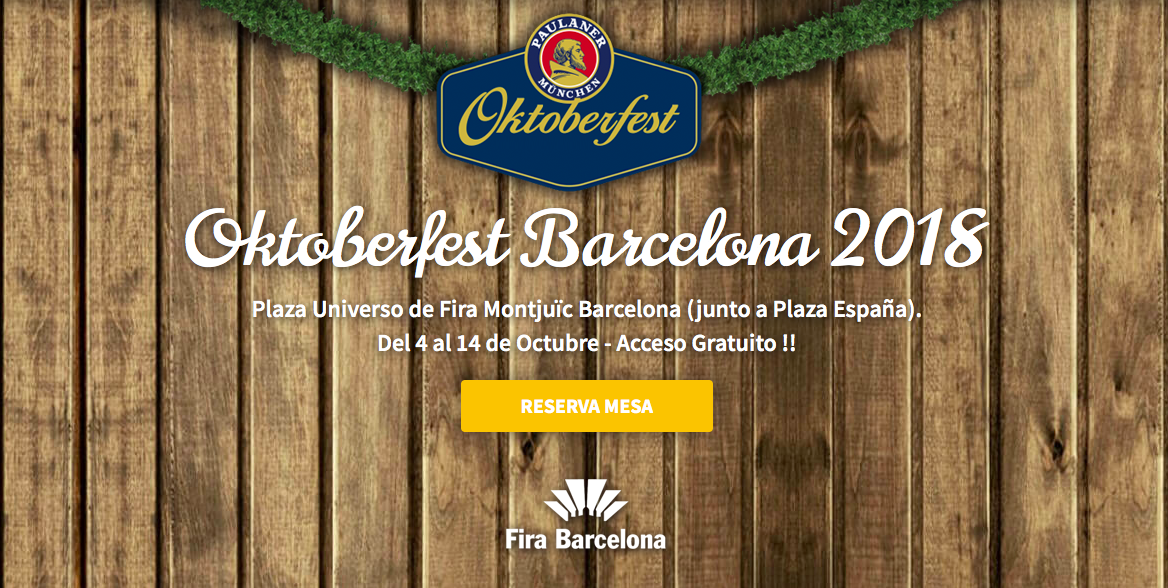 Everyone knows the biggest and the most popular beer festival in the world, the Oktoberfest, which takes place annually in the Bavarian capital of Munich (Germany) for 200 years. Its popularity has been so big that it has crossed borders to establish itself in numerous cities of the world, including Barcelona. For a perfect accomodation, BCN Apartment Rentals offers you the best luxury apartments in the heart of Barcelona, with the best design, location, security and comfort.

From October 4 to 14, la Fira Montjuïc in Barcelona will hold the 7th edition of the the Oktoberfest following the purest German tradition, with a large tent of more than 5,000 m2 and a spectacular decoration and ambience. Inside you can taste different type of beer and the best Bavarian dishes such as pork knuckle, roasted chicken with potatoes, German sausages, a variety of salads and other typical German food. There will also be a traditional costumes contest and live music! The inaugural ceremony of the Oktoberfest 2018 will be held on Thursday, October 4 at 5pm with the barrel opened at 6:30 pm and the traditional cry "O 'zapftis!" (It's already open!).

During these 11 days that the Oktoberfest 2018 lasts in Barcelona, you will enjoy various bands playing as well as some dance music with by DJ Xavi More, the best of the German and international music scene. Do not miss this opportunity to discover Barcelona, enjoy its proposals and get to know the city better with our luxury apartments by BCN Apartment Rentals.