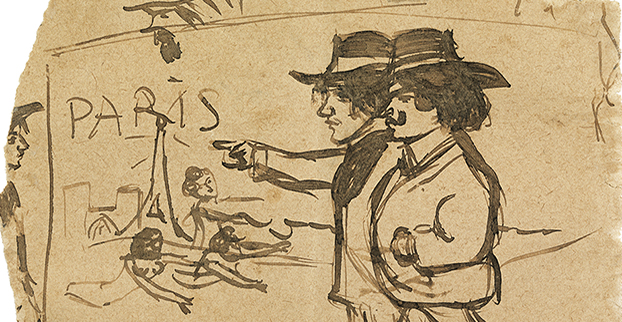 From now on till January 20, the Barcelona Picasso Museum is displaying impressionist and symbolist artworks from the Musée d’Orsay and the Musée Picasso of Paris! For a perfect accomodation, BCN Apartment Rentals offers you the best luxury apartments in the heart of Barcelona, with the best design, location, security and comfort.

TheBarcelona Picasso Museum is one of the most famous art galleries which focuses on the early years of Picasso´s life. The artist moved to Barcelona with his family in 1895 when he was 14 and already well established in his art studies. Barcelona played a key role in his art career, meanwhile he regularly met with other creative people involved in the avant-garde movement, in places such as "Els Quatre Gats Café". However, he was a man constantly looking for new experiences and inspirations, and this new exhibition in the Barcelona Picasso Museum overlooks the impact that his first 2 visits to Paris had on him.

Picasso discovered many new painters and techniques at the 1900 Universal Exhibition, as well as by simply visiting art galleries and strolling through the streets of Paris. The city’s bohemian atmosphere, the poverty that he observed and tragic events, also marked his artistic evolution. Do not miss this opportunity to discover Barcelona, enjoy its proposals and get to know the city better with our luxury apartments by BCN Apartment Rentals.