Stroll with a hat at Rambla Catalunya 2019

Stroll with a hat at Rambla Catalunya 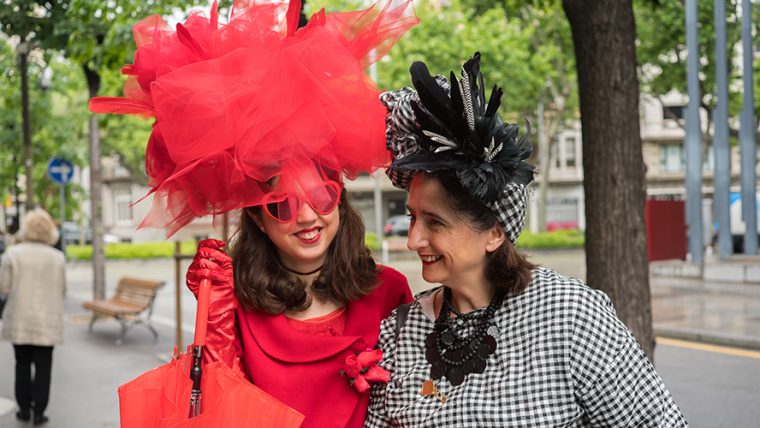 Stroll with a hat, Passejada amb barret or so called "hat parade" is an annual event held every year in Barcelona where you can just put a hat on and stroll along Rambla Catalunya! For a perfect vacation, BCN Apartment Rentals offers you the best luxury apartments in the heart of Barcelona, with the best design, location, security and comfort.

Back in 2005 two Barcelona hat designers, Nina Pawlowsky and Cristina de Prada, decided to organise an event in the city of Barcelona and to encourage the day-to-day wearing of gorgeous hats of any style and size by creating an annual hat parade inspired in New York’s Easter Bonnet Parade. Over the years, and with support from the Hatters Association, Barcelona’s "Stroll with a hat" has been developed and is now an essential event on the city’s spring calendar! They´ve choosen luxury boulevard Rambla Catalunya as the centre of the event, due to its the unique personalit.

"Stroll with a hat" is celebrated from Diagonal to Gran Vía. It starts at the top of Rambla Catalunya with Diagonal and finishes on Plaza Catalunya, while wearing headgear is the only requirement for taking part. It will start at midday on April 28, and will last few hours, a un opportunity to get this singular parade under way. For two hours, participants will then parade up and down the avenue, cheerfully showing off their headwear. From fancy fascinators to comfy beanies and everything in-between, anything goes for Stroll with a hat! So put on your favourite headwear and join the spring walk on Rambla Catalunya!

With only 100 people taking part in the inaugural Passejada de Barret each year, the event has grown in popularity, with around 500 getting involved in 2011, and around few thousands in 2017, including some who had travelled to Barcelona especially for the parade. Do not miss the opportunity to enjoy Barcelona and get to know the city better staying in our luxury apartments by BCN Apartment Rentals.