BE APARTMENT offers you the best luxury apartments and the most elegant experience in Sevilla and other cities, come and enjoy the city and its culture with the best Luxury Apartments in Sevilla! 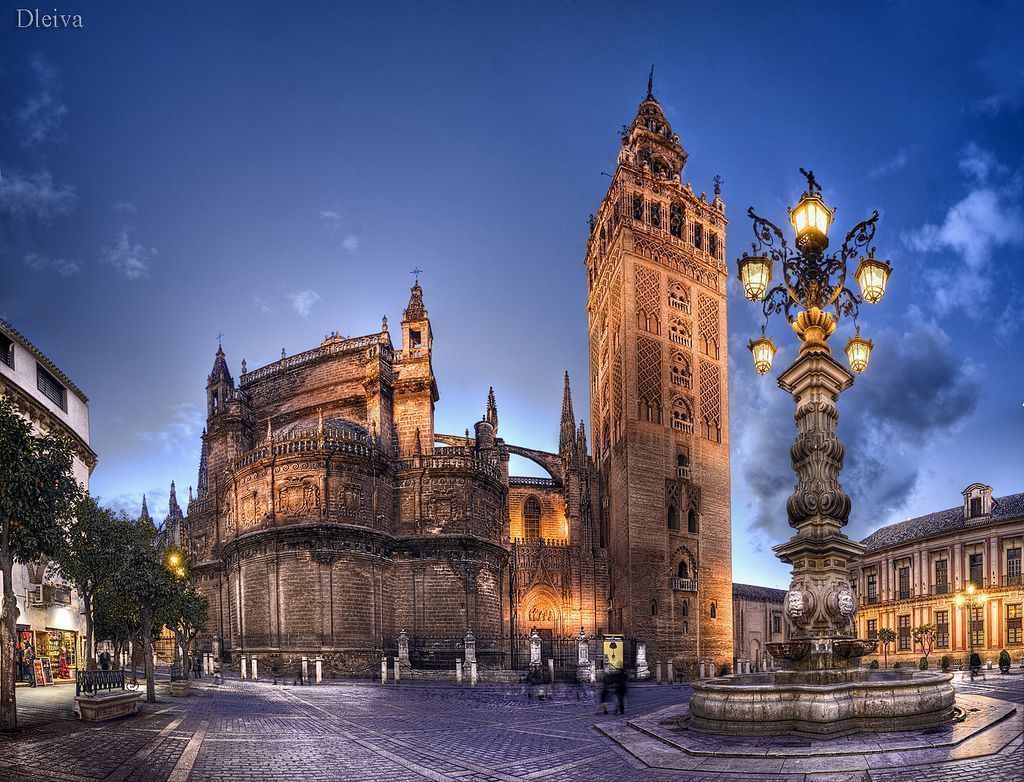 For an amazing stay in Sevilla you can always choose our Luxury Apartments by BE APARTMENT in the heart of the city.

One of the most famous sightseeings in Sevilla, is the Cathedral. If you are coming to the city, you just can´t miss it.

The cathedral is build in Gothic style, its central nave rises to an awe-inspiring 42 metres and even the 80 side chapels each seem tall enough to contain an ordinary church. The total area covers 11,520m2 and according to some, new calculations, based on cubic measurements, have now pushed it in front of St Peter´s in Rome and the Catedral Metropolitana Nossa Senhora Aparecida in Brazil as the largest church in the world. But this is still a subject for debate, and many claim it is still the third-largest in the world.

The cathedral´s construction lasted over a century, from 1401 to 1506. It is said that when the plans were drawn up, church elders stated, "Let us build a church so beautiful and so magnificent that those who see it finished will think we are mad". The basilica occupies the site of the great Aljama mosque, built in the late 12th century by the Almohads, the ruling Moorish dynasty, of which the only remaining parts are the Patio de Naranjas, the Puerta del Perdon (on Calle Alemanes, on the north side), and the Giralda (formerly the minaret, now the belltower).

The tomb of Christofor Columbus is one of the main attractions of the cathedral for visitors, housing the remains of the great explorer who died in poverty in Valladolid. The tomb itself is more recent, from the 1892, with four bearers presenting the kingdoms of Castile, Leon, Aragon and Navarra. Other cities claim to hold the remains of Cristobal Colon, as he is known in Spanish - Havana, Cuba, and Santo Domingo in the Domican Republic - but recent DNA tests proved beyond doubt that this tomb does hold Columbus. The next-door chapel with 14th-century frescoes of the Virgin, once contained the mihrab of the mosque. The climb to the top of Giralda is considered well worth the effort for the views alone.

You walk through this large courtyard contained within the cathedral precinct as you leave the cathedral. The Patio de los Naranjos dates back to Moorish times when worshippers would wash their hands and feet in the fountains here - under the orange trees - before their five daily prayer sessions. As leave the Patio, you pass through the Puerta del Perdon (Gate of Forgiveness), a stucco engraved horse-shoe shaped masterpiece, also dating from the original Almohad mosque.

Here is the timetable and fees, for you to visit the cathedral:

Summer timetable (July and August):
Monday: from 09:30 to 14:30 Tuesday to Saturday: from 9:30 a.m. to 4:00 p.m. Sundays: from 2.30 p.m. to 6 p.m.
General admission: € 8.
Reduced admission: € 3: Pensioners / Students up to 25 years old.
Free admission: Natural or resident in the Diocese of Seville / Children up to 15 years old accompanied by an adult / Disabled (with free companion when it is indispensable requirement for the disabled) / Unemployed.

Do not loose the opportunity to enjoy Sevilla and learn more about its rich culture and traditions! If you´ve decided to spend few days in the city you can always stay in our Luxury Apartments in the centre of Sevilla by BE APARTMENT, the best Luxury apartments in the city.