BE APARTMENT offers you the best luxury apartments and the most elegant experience in Sevilla and other cities, come and enjoy the city with us! 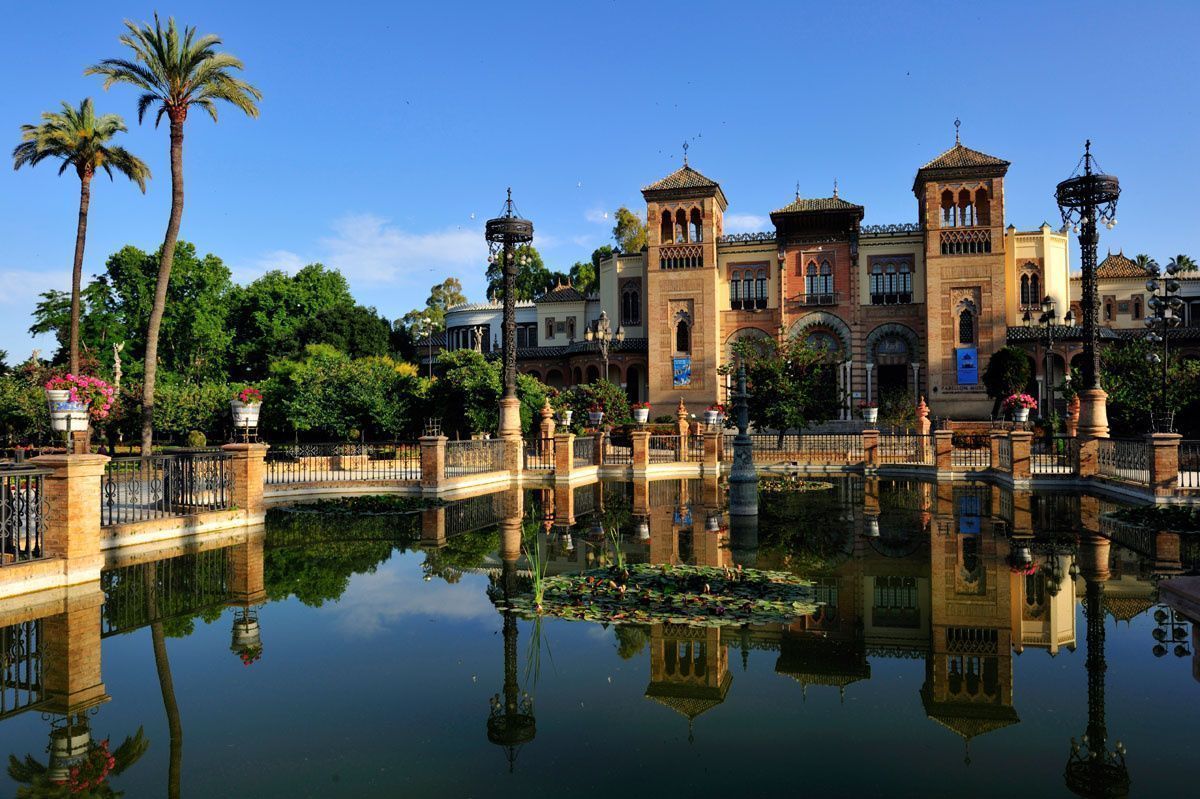 As the center of Andalusian culture and history, Sevilla also presents a beautiful display of art and history from the Neolithic age to the ever growing age of contemporary art. Housed in buildings that represent the culture and beauty of the lives of Andalusian ancestors as well as those that represent difficult moments in history, these must-see museums will be integral parts of your adventures throughout the culture rich city of Sevilla. For an amazing stay in Sevilla we offer you the most elegant Luxury Apartments that we have distributed throughout the city so you can enjoy comfort, design and security that BE APARTMENT provides you.

1. Museo de Bellas Artes (Museum of Fine Arts). Founded by St. Peter Nolasco during the reign of King Ferdinand III of Castille and originally home to the convent of Merced Calzada de la Asunción, the Museum of Fine Arts in Sevilla is known as the second most important Spanish art museum in Spain. Since its official inauguration in 1841, the museum has built a collection fundamental to the knowledge of Sevillan Baroque paintings, with works by artists of the 17th century ‘Golden Age’ of Sevillan painting with works by Zurbarán, Murillo, Valdés Leal and Francisco de Herrera the younger. Not only is the collection impressive, but the buildings and patio gardens are as well, so take a couple hours out of your visit to marvel at all the Museo de Bellas Artes has to offer.

2. Centro Andaluz de Arte Contemporáneo (Andalucian Museum of Contemporary Art) or (CAAC) is housed in a former monastery turned ceramic factory which is tastefully integrated into the space of the museum, towering brick kilns and all. Now solely a contemporary art museum, it is praised as a breathtaking art monument in and of itself, located on its own completely accessible island. Escape from the busy city center to explore the open and quiet atmosphere of ancient and modern architecture and look out for the days on which they host even concerts of jazz and flamenco. In addition to being a marvelous space to wander, the collection emphasizes the history of contemporary art in Andalusia as well as it honors the artistic movements and relevant issues of artistic creation today and over time in Sevilla and throughout Europe.

3. Museo de Baile Flamenco (Flamenco Museum of Seville). Founded by the famous Sevillan flamenco dancer Cristina Hoyos, the Flamenco Museum in Sevilla is absolutely a must see. Although the museum space itself is small, it gives a strong sense of the history of flamenco through 18th century paintings, sketches, photos, and various traditional garments. No history of flamenco, especially in the city where the origin is so rich, is complete without experiencing the magic and absolutely passion up close and person. Buy tickets beforehand, come early to check out the museum, and then get front seats as soon as possible to enjoy every foot tap and powerful turn that electrifies your experience

4. Museo Arqueológico de Sevilla (Archaelogical Museum of Seville). Located in a 1920’s pavilion in Plaza de America within the beautiful Maria Luisa Park, the collection of Seville’s Archaeological Museum is considered Andalusia’s most important archaeological collection, as it contains a majority of artifacts from the Roman excavation of Italica, an incredible relic just outside the city. With works dating back to the Neolithic Age through Roman occupation and the time of the Moors, this museum tastefully and successfully demonstrates the different ruling periods of Spain and gives a fascinating window into the past of the Andalusians who occupied the land 1500 years ago. Known for its statuette of a Phoenician fertility goddess named Astarte-Tanit and the Carambolo Treasures, gold jewelry from the 6th century that demonstrates an Oriental influence, this museum is an important one to see.

5. Itálica (Roman Ruins). If you are interested in visiting the site from where many of the Archaeological Museum’s artifacts came, take a bus out toward the modern town of Santiponce to visit Itálica, once the third largest city in the Roman Empire and the birthplace of Roman emperors Trajan and Hadrian. There is not a lot of signage or direction, but no need, because the ruins speak for themselves. Walk along its streets as you get a strong sense of what life was like so long ago, marvel at the well-preserved fine floor mosaics and the interior of houses or the conserved community oven. On top of that is the large amphitheater that once sat 25,000 spectators and still stands strong today. If you have the time to bus out to these Roman ruins by the town of Santiponce we highly recommend the visit.

6. Museo de Artes y Costumbres Populares (Museum of Arts and Traditions of Seville). On the other side of Plaza de America in Maria Luisa Park, The Museum of Arts and Traditions of Sevilla occupies the Anibal Gonzalez designed Mudéjar Pavillion, a beautiful building built in 1914. The space originally served as an art pavilion during the Ibero-American Exposition of 1929, for which Anibal González was given the opportunity to design a variety of permanent buildings for the plaza. The museum itself consists of objects and stories that represent a fascinating social history and a compelling look into the daily lives of hardworking Andalusian ancestors.

7. Castillo San Jorge (Inquisition Museum). On the site of the excavated 12th century Castillo de San Jorge, the Inquisition Museum became the first headquarters of Spain’s infamous inquisition in the 15th century. In this museum, you can see the ruins of the castle and even the location of the jail cells. It is known to many as a place of reflection for its display of very powerful stories that should not be forgotten. A short visit is necessary, and is the perfect segue to the marvelous Triana market attached to the building in the back.

8. Museum of art and popular customs. The museum is set in the Mudejar Pavilion, built for the Ibero-American Exhibition of 1929. The collection comprises lace, ceramics, clothing, work tools, precious metalwork, musical instruments, etc. Besides the permanent collection, there is also an area for temporary exhibitions, along with projection rooms.

Do not loose the opportunity to enjoy Sevilla and learn more about its culture and participate in its events! If you´ve decided to spend few days in the city you can always stay in our Luxury Apartments by BE APARTMENT in the centre of Sevilla, the best Luxury apartments in the city.