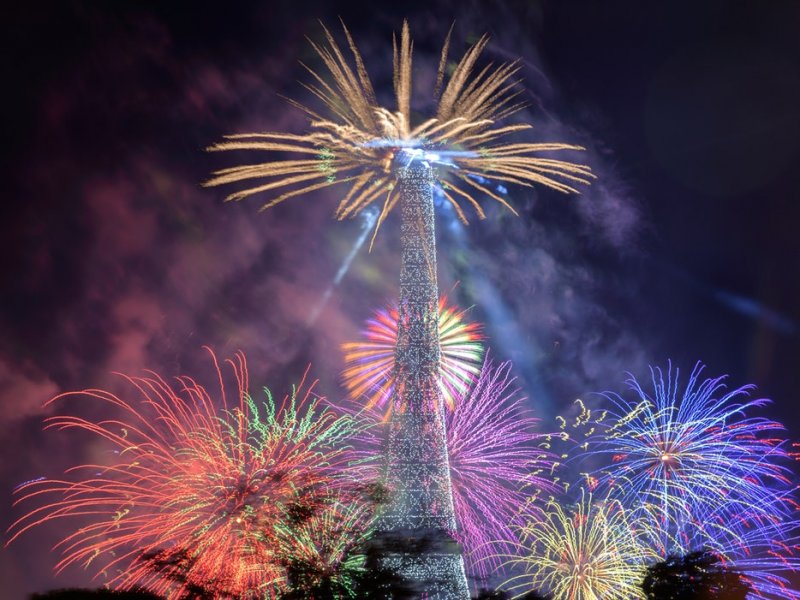 On July 14, France celebrates the Bastille Day, French National Holiday that is held in every town and city, with Paris preparing the biggest celebration! You will also see a military parade, as well as communal meals, dances, parties and fireworks. For an amazing stay in Paris we offer you the most elegant Luxury Apartments that we have distributed throughout the city so you can enjoy comfort, design and security that BE APARTMENT provides you.

The Bastille Day in Paris starts at 11 am with a huge military parade down the Champs-Élysées from l´Arc de Triomphe to Place de la Concord and lasts about an hour. It includes representatives of elite French military regiments on foot, on horseback, and in vehicles, including tanks. The parade ends with the Paris Fire Brigade, where military aircraft fly over the the parade "paining" the French Flag! The Eiffel Tower in Paris and the French national flag, or tricolor, are important symbols of the Bastille Day.

Historically, the Bastille was a medieval fortress and prison in Paris. On July 14, 1789, troops stormed the Bastille and the French Revolution began. The National Holiday was held on July 14, 1790, as a way to celebrate the establishment of a constitutional monarchy in France. The Bastille Day was a estabilished as a public holiday for the first time on July 14, 1880.

Many Parisians have a Bastille Day picnic and relax all afternoon on the Champ de Mars, the large grassy park surrounding the Eiffel Tower. In the evening, a grand concert takes place in front of the Eiffel Tower and at around 11pm, the sky will get lit up with a magnificent firework over the night sky of Paris! The celebrations continue at the fire stations around the city and at a large open-air dance at Place de la Bastille, where the prison stood. In addition, "Les sapeurs-pompiers" (Firemen), open the firehouses to the public and demonstrate their skills as well as dancing at "Les Bals des Pompiers".

The  Bastille Day in Paris is a busy celebration that is worth seeing! If you´ve decided to spend few days in Paris you can always stay in our Luxury Apartments by BE APARTMENT in the centre of the city, the best in the city of love and glamour.