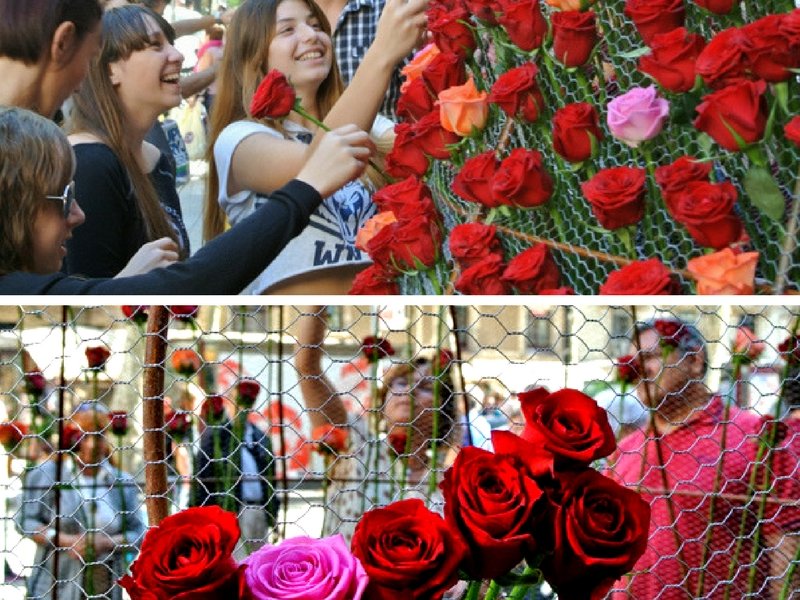 La Festa Major de Las Ramblas, or el Roser of Barcelona, ​​returns once again from October 6 to 18, to decorate different buildings of the popular avenue with "La Rambla en flor", with floral decorations on the buildings such as el Arts Santa Monica, Liceo, la Boqueria market, el Mirador Colón,  el Mirador Colón, el Museo Marítimo and el Palau de la Virreina, among others. For an amazing stay in Barcelona, take a look at beautiful apartments by Two Sisters Apartments in the neighborhood of Sant Antoni.

Las Ramblas is the most emblematic street of Ciutat Vella and Barcelona in general, full of kiosks, florist and aviary stands, walking actors, cafes, shops and restaurants. Formerly, the river of Malla passed through it, but when the Raval wall was built in the 15th century, the river course was diverted to the north. Since then, the area has been widening and nowadays it has become the heart of the city. Las Ramblas is a street with its own identity, which explains why it has a patron saint and organized Festivities.

El Roser was born in the early sixties of the 20th century, to promote the commerce and merchants. The specific dates of celebration of Festes del Roser vary from year to year. Normally, it lasts 3 days and is organized the weekend before the holiday. The festival pays homage to the patron saint of Las Ramblas, the Virgin of Roser.

Les Festes del Roser will end on Thursday October 18 with the presentation of the Ramblista Awards of Honor at the City Hall of Barcelona. If you´ve decided to visit Barcelona you can always stay in Two Sisters Apartments in the popular and comercial neighborhood of Sant Antoni.