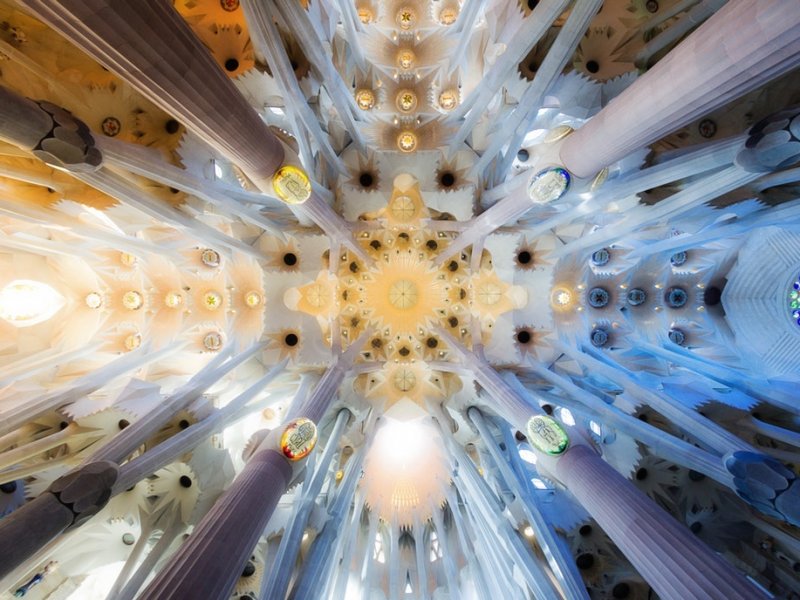 The neighborhood of Sagrada Familia was formerly made of a small nucleus houses in the middle of the countryside. At the end of the 19th century, as a result of the industrial revolution, the area began to grow and factory workers houses began to appear. At this time, the temple of the Sagrada Familia started being built! Nowadays, Sagrada Familia is a famous touristic neighborhood close to the centre. From April 13 to 22, the neighborhood will host local festivities and processions for the Festa Major de la Sagrada Familia, an festival dedicted to culture and spring time! For a perfect holiday, get the most unique experience with BE Apartment in the best luxury apartments in Barcelona and other cities, for your security, pleasure and comfort.

Sagrada Familia serves as a backdrop for most of the acts of the festival, which is celebrated for Sant Jordi Day. During these 2 weeks all kinds of activities will be organized, most of them dedicated to popular culture, very well represented in the Sagrada Familia, has a very important role, with a giant parade, afternoon of fire, dance exhibitions and castellera festival of celebration.

One of the main events is the Giant parade on Saturday afternoon, the giants of Sagrada Familia will be the hosts. The giants (gigantic sculptures representing fmaous people and etc.) from around the city and from the rest of the country will gather in front of the Sagrada Familia, where they will dance before starting the parade through the streets of the neighborhood!

There will also be organized a series of events related to the fire and correfocs (literally, fire running). In the dusk, the Bestialots, Drac Farfolla and some other guest band go out to to dance with fire through the streets of the Sagrada Familia neighborhood. Once the correfoc is finished, the final fireworks will take place in fornt of the Sagrada Familia temple!

Another feature of the Festa Major de la Sagrada Familia are all famous castellers or human towers. Early in the morning, they will wake up the neighborhood to announce that everyone can join the Castellera day. The Castellers of the Sagrada Familia will be the hosts of the human towers day of the main festival, in which they always participate two groups or three from outside.

The most importnat day of the Festa Major de la Sagrada Familia is on April 23, El Dia de Sant Jordi (Saint George's Day), when the festival comes to the end and all Barcelona and catalonia celebrate this antique festivity. Do not miss this opportunity to enjoy Barcelona and get to know the city better with BE Apartment. If you´re visitng Barcelona, take a look at our luxury apartments that we have throughout the city.