Festivities and pilgrimage from Sevilla to el Rocío 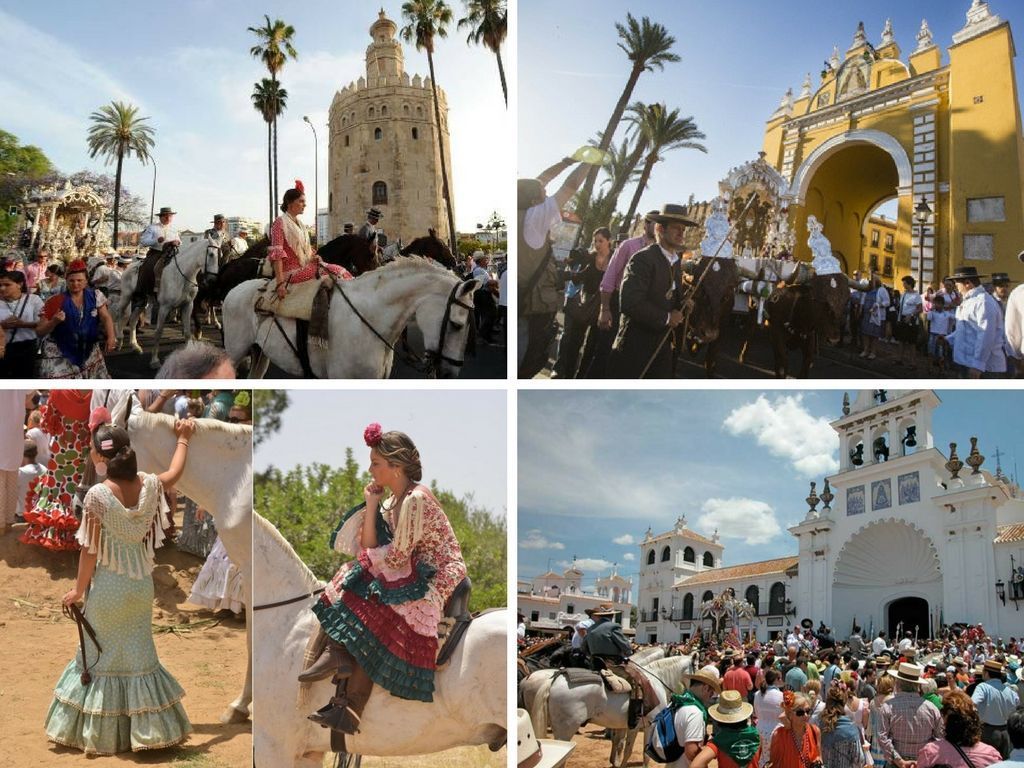 The Romería de El Rocío is a famous pilgrimage that takes place 50 days after Easter in the Province of Huelva, when thousands of people make their way to the Blanca Paloma Shrine in the village of El Rocío, 17 kilometres from the town of Almonte.

Strictly speaking this is a festival celebrated in the province of Huelva in the tiny town of El Rocío on the edge of the Doñana National Park. It is a pilgrimage which attracts an estimated one million people! The date of the festival varies annually with pilgrims arriving from a number of starting points around Andalucia. One of those starting points is the Iglesia de El Salvador church in Sevilla (Plaza del Salvador) where you might be fortunate enough to get a sight of the El Rocío pilgrims preparing for their journey dressed in flamenco gear with beautiful horse drawn carriages. Better still, get yourself to the village of Almonte in Huelva which is the final destination of the Romería del Rocío and enjoy the festivities which take place at the culmination of the pilgrimage.

On Saturday there is a parade, where the pilgrims present their simpecado before the statue of the Virgin Mary, while the church bells ring. On Sunday there are various religious acts, the most important one being “jumping the fence”, when the people of Almonte jump into the enclosure to bring the statue of the Virgin out of the shrine and parade it around the village. During the night, in an atmosphere similar to Seville’s "Feria de Abril", the local people and the pilgrims come together in their “casetas” with live music, dancing, food and drink, it lasts till very late.

Do not loose the opportunity to enjoy Sevilla and learn more about it culture! If you´ve decided to spend few days in the city you can always stay in our Luxury Apartments by BE APARTMENT in the centre of Sevilla, the best in the city.