March is the month of Calçotada, a gastronomic tradition celebrated all over Catalonia! If you´re visiting Barcelona, try these unique dish!" />

Calçots, the most traditional dish in Barcelona 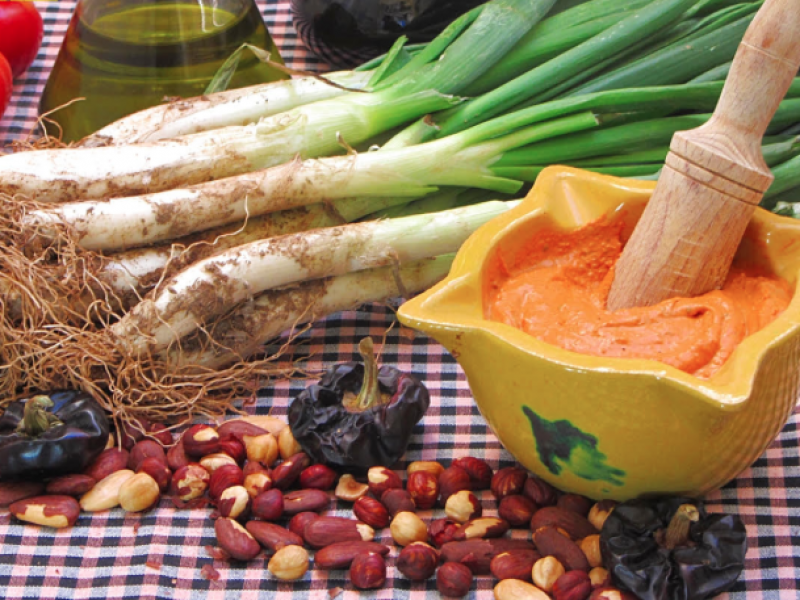 February and March are Calçotada months, a gastronomic tradition celebrated all over Catalonia. It was born in the town of Valls, Alto Campo, in the province of Tarragona and soon expanded into the other provinces. For a perfect vacation, BCN Apartment Rentals offers you the best luxury apartments in the heart of Barcelona, with the best design, location, security and comfort.

Calçots are green onions originally from Lleida, Catalonia, this type of onion is milder and less bulbous than the regular onion. The name “calçots” comes from the fact that the trunk of the plant is covered with dirt (“calçar la terra sobre la planta”) when being grown, in order to make it grow as much as possible. No one knows exactly how did calçots became such a famous dish, though the most famous version of the story is that the way it is prepared today was discovered by a peasant in the end of the 19th century. When roasting calçots, the peasant accidentally let it burn. When he removed the outside layers that were the most burnt, he rezlized that the inside of the calçot was actually soft and tasty.

The calçots are usually prepared over fire, in a barbeque grill. Then the calçots are kept in groups and wrapped in newspaper so they can finish cooking with their own heat, usually left inside the newspaper for about half an hour. While eating calçots, you can use a big bib that can go as far as your knees. This is necessary because the process of eating the calçot is messy since the external, burnt layers have to be removed, which can make your hands and clothes quite dirty!

The calçots are usually accompanied by romesco sauce, a nut and red pepper-based sauce, or salvitxada sauce, which is similar to romesco, but thickened with toast rubbed with fresh garlic and vinegar. Along with the multitude of calçots eaten during the calçotada are other grilled dishes including lamb, botifarra (a Catalan pork sausage), artichokes, and bread. Cava (champagne) and red wine are also consumed a lot during the event, but not with a normal glass! Red wine is drunk via porró (in Catalan), a traditional glass wine pitcher with a long glass stem tapering to a small opening from which you drink. The porró is passed around from guest to guest with no one’s lips touching the stem allowing everyone to share the wine.

You can try calçots in almost any Catalan restaurant in Barcelona, but try to choose not the most touristic ones, cause small authentic restaurants keep the best recipes! Do not miss the opportunity to enjoy Barcelona and get to know the city better staying in our luxury apartments by BCN Apartment Rentals.