Do not loose the opportunity to see the Carnival in Málaga!

BE APARTMENT offers you the best luxury apartments and the most elegant experience in Málaga and other cities, come and enjoy the city and its culture with the best Luxury Apartments! 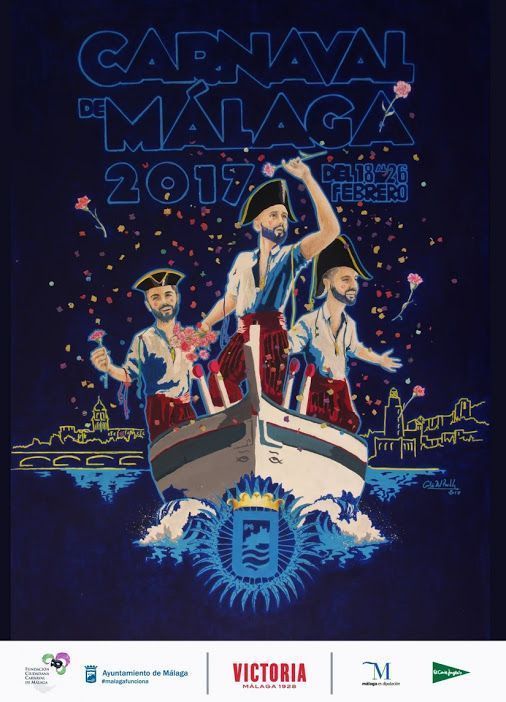 The Carnival is an amazing event full of joy and celebration that you will never forget, if you are coming to Malaga in February, you can enjoy it with our Luxury Apartments in the center of the city!

The Carnival is a celebration that is extremely popular all over the world. What is carnival? It is an annual celebration of life found in many countries of the world. In fact, by learning more about carnival we can learn more about ourselves and a lot about accepting and understanding other cultures. Hundred and hundreds of years ago, the followers of the Catholic religion in Italy started the tradition of holding a wild costume festival right before the first day of Lent. Because Catholics are not supposed to eat meat during Lent, they called their festival, carnevale — which means “to put away the meat.” As time passed, carnivals in Italy became quite famous; and in fact the practice spread to France, Spain, and all the Catholic countries in Europe. Then as the French, Spanish, and Portuguese began to take control of the Americas and other parts of the world, they brought with them their tradition of celebrating carnival. Everyone is familiar with the carnival of Brasil, however in Spain it is not less popular.

The most famous carnival takes places in Cadiz, Andalusia, but Málaga gives no less importance for this event. This year the carnival will take place between 18 February and 26 February.

It is unique in Málaga because of its multicultural, colorful and spontaneous character when celebrations are held in both the Historic Quarter and in the other districts of the city. Hundreds of playful activities are held during the warm winter of Málaga. The party, led by the Fundación Ciudadana del Carnaval (Citizens´ Carnival Foundation), starts in Málaga with a huge desfile of singers, bands of street musicians, parades, quartets and choirs in the Teatro Cervantes in a contest that attracts contestants from all over the province as well as other places in Andalusia. The carnival lasts 9 days, every day is accompanied by street celebrations. Do not loose the opportunity to see the costume competition at Teatro Alameda, Teatro Cervantes, la Gala Infantil, la Gala del Mayor and on the streets.

Gastronomy also plays an important part during the preliminaries. Cabbages, casseroles, rice dishes, stews and much more; each district organizes its popular taste sessions with Carnival songs as an essential part of the fun. The most famous foud is “la boqueroná”, a degustation of friend sandwiches typical in Málaga at la plaza de la Constitución.

The event ends on Sunday 26th of February, with the traditional burial of the anchovy at the Malagueta beach. The procession goes through the streets of the center to La Malagueta, where the Firework show takes place.

Do not loose the opportunity to enjoy Malaga and learn more about its rich culture and traditions! If you´ve decided to spend few days in the city you can always stay in our Luxury Apartments in the centre of Málaga by BE APARTMENT, the best Luxury apartments in the city.