La Rambla is holding its local festival with 30 iconic buildings in the avenue decorated with flowers and open to the public, from October 5 to 10. " /> 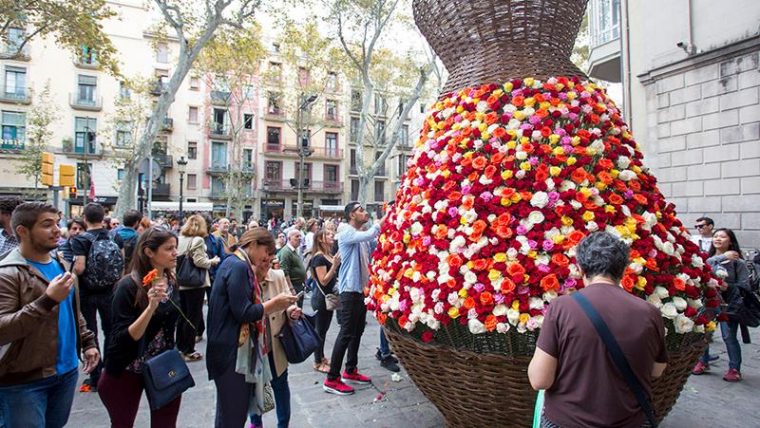 La Rambla is holding its local festival from October 5 to 10 in honour of la Mare de Déu del Roser, called El Roser de la Rambla. One of the main acts is "La Rambla en flor", which sees 30 iconic buildings in the avenue decorated with flowers and open to the public. Saturday morning brings the floral feature "One flower, one wish", an activity to fill a giant mesh structure with different coloured roses and everyone is welcome to take part. For a perfect vacation, BCN Apartment Rentals offers you the best luxury apartments in the heart of Barcelona, with the best design, location, security and comfort.

La Rambla is the most emblematic and famous street of Barcelona, ​​which separates the neighborhoods el Raval and the Gothic Quarter. In the old days, the small river Malla passed there, but when the Raval wall was built in the 15th century, the river course was led to the north. Since then the area has been settled and now has become the city's center. La Rambla is filled with kiosks, florist stalls, street actors, cafes, shops and restaurants. It is a street with its own identity, which explains why it has a patron saint and its own festivities like El Roser de la Rambla.

The association Amics de la Rambla was created in the 1960s with the intention of defending the interests of the shopkeepers of La Rambla and promoting trade. El Roser de la Rambla also was born at the beginning of the 60s with the aim to promote the local traders. Do not miss the opportunity to enjoy Barcelona and get to know the city better staying in our luxury apartments by BCN Apartment Rentals.