The oldest tavern in Madrid

BE APARTMENT offers you the best luxury apartments and the most elegant experience in Madrid and other European cities, come and enjoy it with the best Luxury Apartments in Madrid! 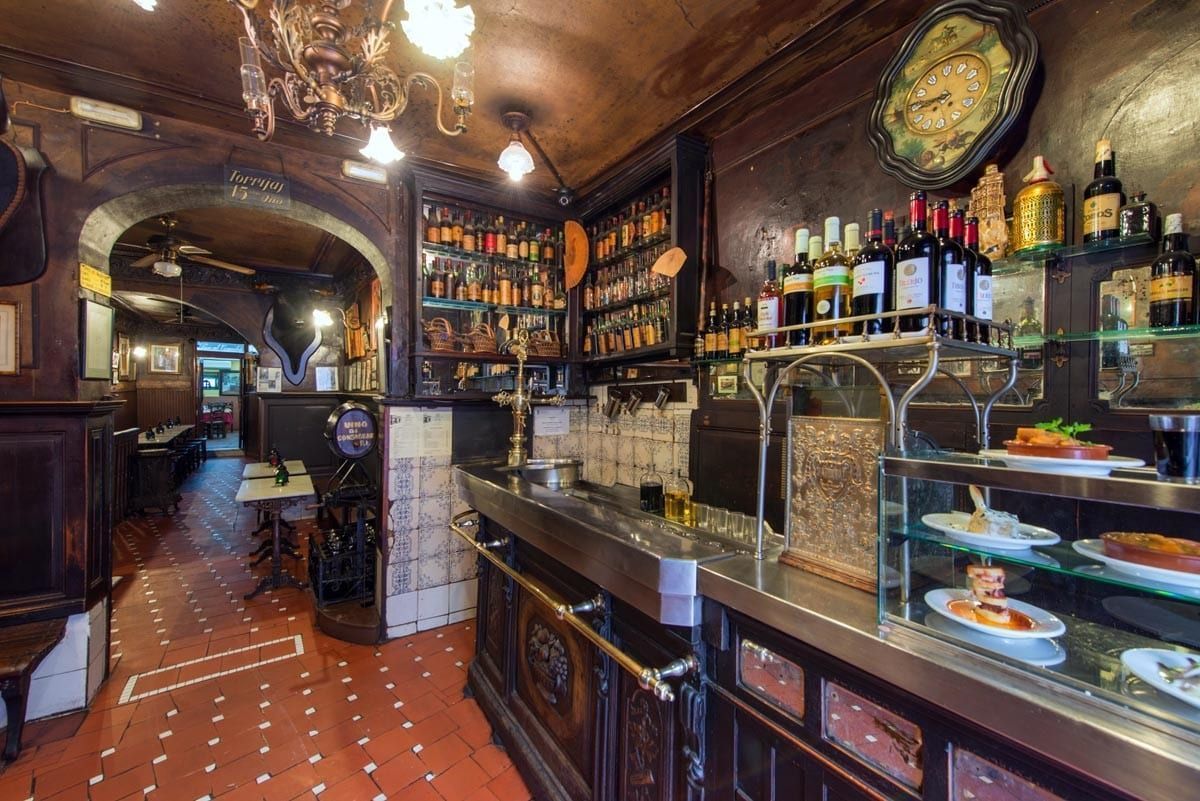 For an amazing stay in Madrid we offer you the most elegant Luxury Apartments by BE APARTMENT in the heart of the city.

If you plan a trip to Madrid and you are a fan of antique bars and restaurants and want to learn the history and culture of the city from its gastronomy own authentic places, than this article is for you. We present you one of the oldest restaurants in the City - Taberna de Antonio Sanchez, also called "La Tabrerna de Tres Siglos" (The Tavern of Three Centuries), due to its almost 200 years old history. A visit to this tavern is a trip back in time to Madrid’s emblematic time of Enlightenment. This tavern has remained with the same decoration, and without reforms all this time, and therefore can be considered the oldest and quite unique tavern in Madrid. It maintains antiques and curiosities of all kinds, as well as the original carved wooden bar, mirrors and lamps from 1830s.

The great bullfighting tradition in Madrid, sends us back to remember as if it were the 1830s, which was when the matador Cara Ancha opend the tavern, and then it was bought by the picador, “Colita” (short tail). Since then the tavern has been continuously open and run by people linked to the world of bull-fighting. In 1884, the father of bullfighter Antonio Sanchez, bought the tavern. The name of this place was adquired due to the owner´s older son Antonio, who decided to dedicate himself to the bullfight, therefore the tavern maintains this name until today.

In 1929, after suffering more than twenty horn wounds, Antonio Sanchez retired, and at this time he dedicated himself only to the tavern and became friends with the famous Spanish painter, Ignacio Zuloaga, who made this his local tavern, and where he also held several art exhibitions. When Antonio Sanchez died, the tavern was run by his sister Lola and then it was bought by Juan Manuel Priego Duran in 1982 and was maintained by him till he died in 2011. Nowadays his son Oscar is the owner of this antique restaurant, with the help of the señor called Curro, a famous character for this estabilishment.

Today it is the oldest, unrenovated tavern in and the decoration has been maintained intact since its inception. In it you can still see the gas lamps that originally lit the premises, the elevator that brought bottles from the cellar, the walls painted with medallions depicting faces of former bullfighters, Frascuelo, Lagartijo and Cara Ancha, who frequently came enjoy more than a glass of wine with a torrija (a sweet spicy toast). La Taberna de 3 siglos has also been the meeting place for tertulias literarias (literary discussions) between personalities like Pio Baroja, Sorolla, Marañón Camba and so on…

The tavern continue their work, guarding the secrets of their ‘home-made’, traditional Spanish cuisine and they will not relinquish the traditional preparation processes. Here you can laways find the secrets of the Spanish “homemade” traditional cuisine. The most emblematic specialties are oxtail stew Madrilian style, Olla Gitana, Callos a la Madrilena, snails, French toast, and other dishes of traditional cuisine. This place is very “castiza” and “taurina”, meaning very Castilian and related to bullfighting.

Do not loose the opportunity to enjoy Madrid and participate in all its activities and learn more about its rich culture and traditions! If you´ve decided to spend few days in the city you can always stay in our Luxury Apartments in the centre of Madrid by BE APARTMENT, the best luxury rentals in the city.