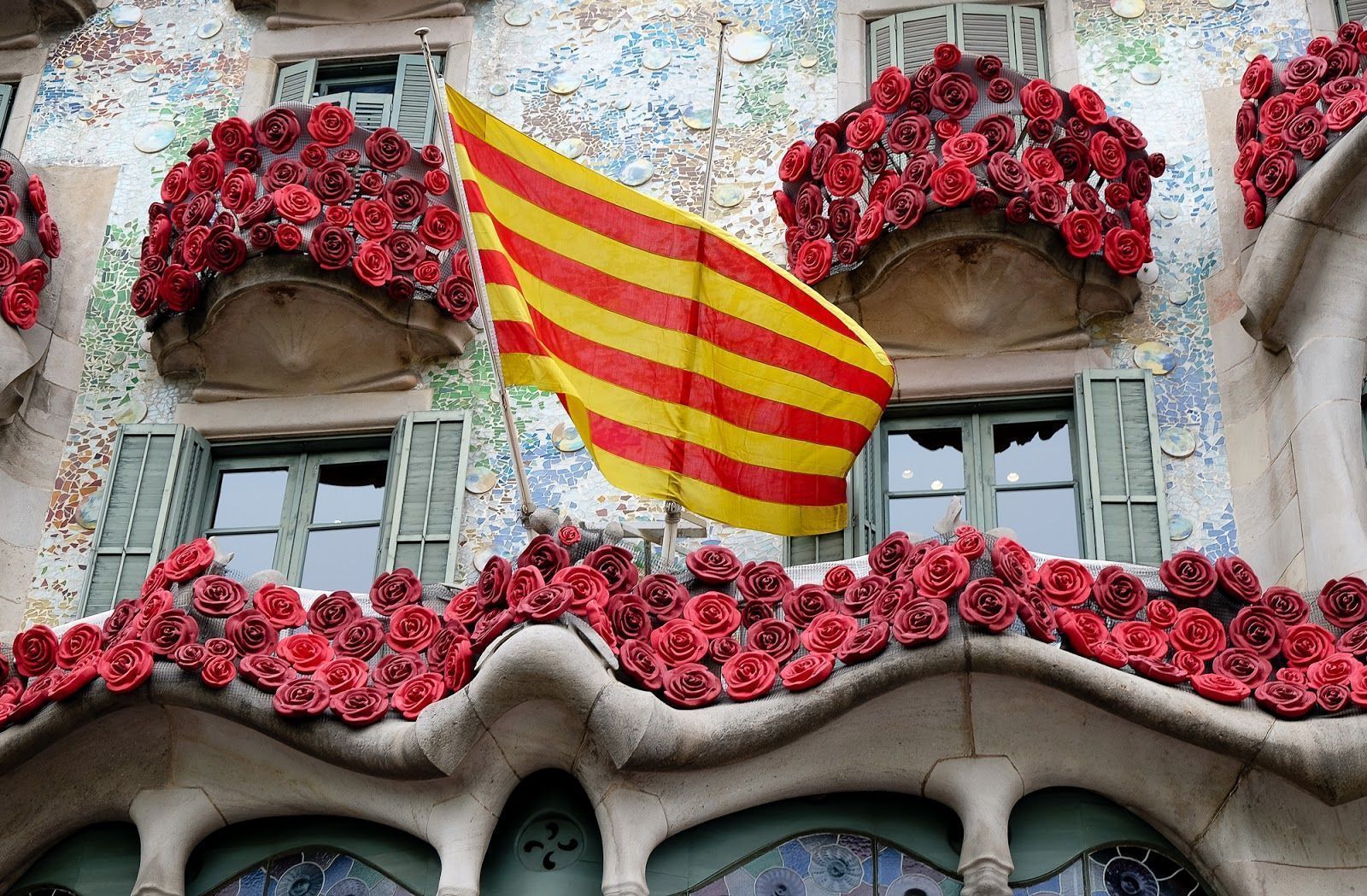 BE Apartment offers you the most unique experience in the best luxury apartments in Barcelona and other cities.

In 2 weeks, on 23rd of April, Barcelona celebrates the Sant Jordi´s Day oficially called "La Diada de Sant Jordi". Sant Jordi is the Catalan name of Saint George, who is the patron saint of Catalonia. Sant Jordi´s day is Barcelona´s most romantic day of the year, it is the day of Roses, Romance and Books, it´s local Valentine´s Day. It is also called "El Día de los Amantes," which means Lovers Day and sometimes called "El día de la Rosa," which means the Rose Day.

Sant Jordi is the co-patron and the saint of Catalonia, the legend tells that in the medieval town of Montblanc (in the province of Barcelona) a dragon terrorised the inhabitants and they gave them all their animals to eat. Then, when there were no more food left they desided to choose someone to sacrifice to the dragon, That one person what the Kings, daughter, and when she was given away to the dragon, a knight appeared, who was the Saint Jordi and  slew the dragon to save a princess and then plucked a red rose for the princess from the rose bush, which had sprouted on the exact spot, where the dragon´s red blood had spilled. On Sant Jordi´s day men give women a red rose, and in recent years ladies give men a book. There are bookstalls and book markets all over Barcelona on Sant Jordis day especially on Las Ramblas and Rambla de Catalunya. Most Sant Jordi´s day roses long stemmed red roses decorated with a sprig of wheat and a little red and yellow "senyera," the symbol of four red stripes on a golden background, which is the Catalonian flag. Many roses have the message "t´estimo," - "I love you" in Catalan.

Finding books on Sant Jordi´s day is great fun and you can do that along central streets of Barcelona like La Rambla, Rambla de Catalunya and Passeig de Gracia, where hundreds of stands present new books, special offers, book readings and there are book signings by famous Spanish and Catalan authors. The cake shops also get involved in the tradition, as they make the famous "Pa de Sant Jordi", a special bread made with cured sausage (red) and cheese (yellow), representing the colours of the Catalan flag.

Barcelona has prepared a lot of activities for this special Day. This year the Barcelona city hall on Plaça de Sant Jaume in the gothic neighborhood will be open to the general public for free from 10am to 8pm. Inside of it you can visit the magnificent "Saló de Cent" (Room of One Hundred,) the honour staircase, the gothic gallery, the "el Saló de la Reina Regent" and "el Saló de Cròniques" as well as other areas of the city hall that are usually not open to the public. Along with that, in front of the City Hall at 7pm a traditional display of sardana dancing by the Sant Jordi sardana group will take place.

If you go to Plaça de Catalunya on Sant Jordi´s day, you can see a lot of people walking around buying sweets, books, roses and just enjoying the day, as well as famous Spanish and Catalan authors being interviewed by TV and radio stations or signing copies of their books. Many Barcelona markets, museums and institutions have special Sant Jordi activities for families and visitors including Casa Battló which has a facade decoration with red roses. The cross that spears the scaly roof symbolize the dragon and the bones of the dragon´s victims frame the Casa Battló windows. Sant Jordi Música 2017 at Antiga Fàbrica d´Estrella Damm (old Damm beer factory cultural venue) hosts a Sant Jordi concert programme with national artists and book and record signings.

In the medieval walled town of Montblanc near Barcelona and where the legend of Sant Jordi in Catalonia is often situated, there is an annual festival called "Setmana Medieval de la Llegenda de Sant Jordi", which celebrates the legend. Do not miss this opportunity to enjoy Barcelona and get to know the city better with BE Apartment. Spend a few days in Barcelona staying with our luxury apartments that we have throughout the city.